Ooooo send him on a road trip with Hancock, lol.

Not sure if you've got Hancock as a follower Andra, but easy enough to remedy. 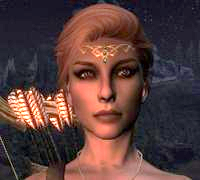 Well, went to County Crossing, saved, and killed all of them. Examined inventories, no synth. So, I have no idea what or who killed the other settler. Reloaded, and on we go. Very strange!

On a good note, had been having major problems with Sanctuary from the beginning of Brae's new playthrough, due to a vanilla bug. Couldn't get the workshop because Codsworth's part of searching the neighborhood wouldn't complete. Had to console a fix, but then had troubles all along with settlers not assigning, food not being produced, then food just not showing on plants...crazy shit. Finally got enough fixed that at least it would show food production in the workshop, but happiness was crap, and food still never showed on plants. I've been going nuts, and was ready to tear everything down and start over, which would have been a total drag with everything I have built. Finally found the problem, and it goes back to when I had to roll back my game recently. The UFOP apparently didn't install completely/correctly. Before I started tearing down, I gave that a reinstall just a few minutes ago, and YAY, everything is working properly, food and happy, properly working Sanctuary settlers!!! What a pain in the a$$! Now I can play without that crap lurking in the back of my mind.

Funnily enough I've never installed the UFOP and I've never experienced a single one of the bugs it supposedly fixes. Meh, go figure. I should note that I do not have any mods that require the UFOP.
Top

The UFOP doesn't really fix that bug (the original vanilla one from Codsworth, well known once I searched it) I don't think, but I do think it fixed the harvesting issue. I think NMM missing part of the mod files borked things worse than they were, and fixing the UFOP fixed others.

Hell, I don't know really, but it's working now.

Thank all that Rafferty's game has zero issues...

Glad it's working. On a semi-side note I never let Codsworth search Sanctuary. I get all the xp killing everything first then just tell him I've already looked. Probably why I've never encountered that bugbug!
Top

Yeah, next time that's the plan for me.

Glad you got it fixed, Kes! Settlement bugs can be the absolute worst.

I can't remember where I saw it, but I think new CC content is coming soon. Keep Steam in offline mode folks!

I don't let Steam update the game, set it to only update on launch. Which of course, I don't do because, F4SE.

Well, I discovered it's a bad idea to try to keep more than two brahmin.

I had the idea to have a wee herd, and extended just enough of the wall at County Crossing to make room, complete with troughs. Created five brahmin using Northland Diggers (six total, one was a 'natural'), and then the ridiculous behavior commenced! Suckers would NOT stay in their area, even though it was walled and gated. Aaaaand, the noise...
Tried resetting their AI, no dice. Too bad there is no herd dog, lol. I finally gave up, but didn't want to be empty handed, wanted the meat and milk, etc, so I shot all but two. Well, that made me reload, 'cause the settlers didn't like that, even though they were created and not 'natural'.

So, scrapped them, keeping two. That seemed to work out fine, as I was pretty sure it would, I have two that actually wandered in to Starlight, they're penned in and happy, as are the two now at CC. Oh brother, what a pita. So, if you haven't already tried this, don't!

Other than aesthetics 3 brahmin are really the max one needs per settlement because you can only get fertilizer from 3 per day. However, I've seen youtubes and forum posts of people having up to 10 or more without issue. They did have to make sure troughs were spaced out a certain way otherwise it confuzzled the brahmin and the troughs couldn't be up against a settlement boundary or wall because then the brahmin either wouldn't use it or would be eating from it with their heads sticking out of the wall.
Top

That last one always happened to me. I'd throw a trough against a house wall in Sanctuary, and the beast would be in the living room, drinking through the wall!

I did have the troughs spaced out, but it didn't seem to matter. The noise they made though, with two heads each, both mooing? Nope, it got to me right away, so just as well I only kept two, lol.

LOL Kane! Really, if one wasn't mooing, the others were! It was too much!

I believe it! Just too make a ton of noise. Coupled with generator noise, NPC chatter, and radios - it was probable too much to yao guai!