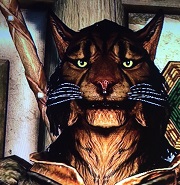 Having just gone through the process of setting up a stable game of Fallout 3 for modding on a modern PC, I thought I would write it all down in this guide.

Step One: The first step is buying the game and installing it, and for this I will recommend GOG, since its version of Fallout 3 is already set up for modern computers. If you buy from Steam, you need to use the 4GB patch or CFF Explorer to make the Fallout 3 exe file large address aware, you need to remove GFWL (I am not sure how to do that so you will have to figure it out with a little Google-fu) and apply the multi-core ini tweaks. To do the multi-core ini tweaks, open up the fallout.ini file in: My Documents\My Games\Fallout3

change it to:
bUseThreadedAI=1

Add another line after it and insert:
iNumHWThreads=2

All of this is already done with the GOG version, which is why I recommend it. I also recommend installing outside of program files and turning off unnecessary processes while playing, including turning off anti-virus (if you do this, be sure to play off-line turn in on once you go back on-line), turning off any auto-updating and auto-maintenance while you play.

Step Two: Install Fallout 3 Script Extender (FOSE). http://fose.silverlock.org/ I use the latest stable version 1.2, but honestly I sustpect the 1.3b2 version is most likely pretty stable as well.

Step four: IMPORTANT! Cap FPS at 30 in FSR ini file. I have played with higher FPS, including 59 and 60 but my game crashed every hour or two. When I capped at 30, the game ran for hours and hours without crash. Capping the FPS at 30 in the FSR ini has helped me achieve a stable game more than any other tweak in this guide.

Step Six: Install upgraded Ogg Verbis Libraries from either the Updated Unofficial FO3 Patch page or from KaneWright https://www.nexusmods.com/newvegas/mods/61265/? Some people also have had codec issues with Fallout 3 and have had to install K-lite. https://www.codecguide.com/download_kl.htm I have not had to do that yet and I get minimal audio stutter only rarely. Some people also recommend to make the following ini tweak to the Fallout 3 ini to stop audio stuttering, but I have not tried it yet, as I have almost no audio stuttering:

Step Seven: Install One Tweak. https://www.nexusmods.com/skyrim/mods/40706/? This allows you to play in borderless Windows mode which is more stable than playing full screen.

Step Eight: Install a mod manager. I install all of the above manually, since they are just FOSE plugins and the like, but I install all other mods using a manager. The choice here is FOMM or Wrye Flash. I personally use Wrye Flash, so I don’t know and cannot advise on FOMM, but I would recommend one of those over a more generic manager like NMM for an older game like Fallout 3. Here is a link to Wrye Flash: https://www.nexusmods.com/fallout3/mods/11336/? And here is a link to FOMM: https://www.nexusmods.com/newvegas/mods/54991/?

In order to understand archive invalidation, you first need to understand how the game reads assets (like mesh and texture files the game uses to build the objects we see in game). Bethesda packs these assets into what are known as .bsa files. A .bsa file is an archive file just like a zip file, but it is Bethesda’s proprietary format, hence the name Bethesda Studios Archive or BSA. When you install a loose file “replacer” like a loose mesh or texture that you want the game to use, it is supposed to replace the vanilla file contained in the BSA file. That is how it works in Skyrim, but the game engines for Fallout 3 and Oblivion are bugged, and the game cannot figure out which file to use when the identical file is contained in both a bsa file and in a loose folder.

In the early days there were lots of various fixes to this problem that worked to varying degrees but not without consequences, but the modern solution is simple and easy to use. Basically, you just install a dummy BSA file that has nothing in it and tell the game to load that first, before loading any other bsa files. For some reason (that could only be explained by the egg heads using terms I could not begin to comprehend), doing this solves the problem. So here is a link to the mod that does this automatically. https://www.nexusmods.com/fallout3/mods/944/?

Step Ten: Clean the DLC. Like everything else Bethesda does, its DLC for Fallout are kind of a mess with numerous deleted references and identical to master records and even deleted navmeshes. We cannot fix the deleted navmeshes, but we can fix the other issues by automated cleaning in xEdit. Just clean each DLC separately like you would any other mod. Here is a link to FO3Edit, but you can use any version of xEdit for Fallout 3 by just renaming the exe file to FO3Edit. https://www.nexusmods.com/fallout3/mods/637/?

Now you are ready to install mods! I recommend beginning with the Updated Unofficial Fallout 3 Patch (UUFO3P). Here is a link: https://www.nexusmods.com/fallout3/mods/19122/?

I would point out that UUFO3P changes the radio songs from mp3 to wav, which is supposed to help prevent audio stuttering. I have not had much problem with audio stuttering myself, and there is another bug caused by changing the radio songs to wave – the radio shuts off every time you hit the pause menu, which I found annoying. So, I reverted all of the radio sound files back to mp3 using xEdit. It’s a really easy fix, just find the radio sound files that UUFO3P changes and do a copy as overwrite from the original Fallout 3.esm file.

Also, if anyone plays Fallout 3 on a laptop that does not have a dedicated GPU, then this mod may be of use. https://www.nexusmods.com/fallout3/mods/17209/?

I just reinstalled Fallout 3 with the sole intention of playing Operation: Anchorage, because it was a whole $1.99 on Steam, and I really want to explore the lore. So, I finally got the game to run without Windows Live stupidness, got FOSE installed and tested okay, but now having a hard time getting Mod Manager 2 to initialize the game. I may just have to manually mod it, which is a a pain. I’d rather do that though than install Vortex.

Don’t suppose anyone here has any experience with MM2 and FO3, eh?
Entropy -- it's not what it used to be.
Top

Sorry Teri no XP with MM2 at all, but Vortex has been a dream come true for FO4 & Skyrim. Very easy to use, fast and painless. I resisted upgrading to Vortex and really should've dived right in from the start.
Top

Hang on a tick, Teri. I have some tips from Renee somewhere...

Hm, can't find them anywhere. As for a mod manager, you might have to use Wrye Bash or Fallout Mod Manager. I'd recommend the former, as it's a very powerful tool.