Human NPCs is still just a rumor Kane, so don't be surprised if they aren't. Everyone keeps putting that out there, but those that have datamined and looked at the future updates are only speculating. Would be nice to see, but I ain't holding my breath.
Top

I guess we'll have to wait and see! 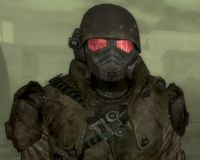 Wait a second, I specifically remember that when Todd was doing the announcement presentation at E3, last year I think? He said that ALL the other people you run into in game, would be live people, there weren't supposed to be ANY AI generated NPCs.

I haven't been following 76 very closely, but apparently, that was one more promise that fell through!

More of a "Well,CRAP, that flopped big time!" moment. It just didn't feel like a Fallout game without NPCs so they've added them in to appease everyone that really was vocal about no NPCs. Exploring is fun and all and listening to all the holotapes of those that are dead only goes so far before becoming truly morbid. There wasn't any connection with other players unless they were real life friends and getting emotional over holotape after holotape just didn't work. I'll give them the Adapt Award or continue to lose players on this change.

Brambleberry wrote: ↑
Sun Jun 30, 2019 3:27 am
Exploring is fun and all and listening to all the holotapes of those that are dead only goes so far before becoming truly morbid. There wasn't any connection with other players unless they were real life friends and getting emotional over holotape after holotape just didn't work.

So true. I played for a weekend, and it LOOKED amazing. The isolation didn't really bother me, until I ran into other players, and then I felt like it was even more isolating, in a strange way, since you couldn't talk to them. And then I went to go sleuth out some clue on a quest and found ten other people standing around the same clue, it felt a little...well, like an MMORPG, and there's a reason I don't play those.

Also, I didn't like the game constantly nagging me. At least in FO4, if you don't want to deal with all the micromanagement of survival mode, you don't HAVE to. Nothing forces you to eat, sleep, drink water, heal, change clothes, take a bath, wipe yourself, pay bills, feed the cat, run for office -- god knows what all. I play games NOT to have to think about that stuff, and I couldn't see a way to turn it off. Sheesh.

So I quit and uninstalled. We'll see how the new NPC's work out to see if there's a reason to try again.
Entropy -- it's not what it used to be.
Top

I dl'ed it while playing Skyrim last night, and gave it a go. Created a redneck named Duane Barry and explored around the vault for about 15 minutes before quitting for bed.

Gorgeous game, and I hope to play it a good bit in the coming weeks.